Overview - Yes is one of the most innovative and successful rock bands of all time with a career that now spans five decades. In 2003 the band made their first appearance at the Montreux Festival, despite having a long association with the town itself (they recorded there frequently in the seventies). It was a triumphant night and is regarded by both the band members and fans as probably the finest Yes gig ever to be filmed. It has been much in demand and is now finally cleared for release.
OVERALL
Skip it

London, 1968. England had started to turn away from the pop-track sounds of its home brewed version of rock n' roll as new, progressive rock bands emerged on the scene. Progressive rock had been developing since the early '60s, but had only gained notoriety with the birth of bands like Pink Floyd. These bands weren't interested in three minute radio songs that would catch the common ear -- instead, they wanted to challenge listeners with something unique.

It was under this backdrop that singer Jon Anderson teamed with bass guitarist Chris Squire to form what would become the legendary rock group, Yes. While the band went through a series of supporting musicians in its early years, by 1972 Anderson and Squire had assembled a powerhouse lineup comprised of blues guitarist Steve Howe, keyboardist Rick Wakeman, and former John Lennon drummer Alan White.

Throughout the '70s, the five members of Yes refused to settle for music that recording labels considered a sure bet -- instead, they used a combination of classically-influenced suites and bizarre rhythm shifts to highlight their personal blend of musical styles. Their music was complex, their lyrics were cryptic, and their attitude was one of brazen stylistic rebellion. The classic lineup remained more or less intact over the next decade, until the band formally split up in 1981 to pursue individual projects and pursuits.

As rock n' roll breakups go, however, Yes's proved short lived. Over the next two decades, the band re-formed in a multitude of different configurations with a mix of both new and old members, each attempting to reignite the flame that had so propelled it in its creative heydey of the '70s. In 2002, the band's classic lineup reunited for a world tour, and in 2003, all five classic members -- Anderson, Squire, Howe, Wakeman, and White -- took the stage at the Montreux Jazz Festival.

Captured with high-def cameras, this HD DVD edition of 'Yes: Live at Montreux 2003' presents that performance from the Montreux Jazz Festival.

I have to admit upfront to not being a huge fan of these sorts of cash-out performances from the reunited greats of rock 'n roll. While I recognize their appeal for die-hard fans, viewed outside of the warm glow of nostalgia, it's hard not to view them as a cynical exercise.

Watching 'Yes: Live at Montreux 2003,' I still had those feelings, although it would be hard to argue that the concert doesn't deliver on the bottom line. The 17-song setlist includes a long list of recognizable favorites from the band's classic era, including the tonally disjointed "Siberian Khatru," the multi-staged "And You and I," the ridiculously popular "Heart of the Sunrise," and the harmonic masterpiece, "Roundabout." And to their great credit (unlike the grimacing reunions of other rock greats), at least all of the band members seem to be enjoying themselves.

But while all the pieces may be in place for a great concert, there just isn't an on-stage chemistry linking the five band members. Anderson seems to sing in a haze and the songs are slower and more obvious than they were in their original recordings. Wakeman hardly looks up, Howe is happy to be left to his own solos, and White seems to spend more time smiling than he does pounding out the rhythms the band is known for.

Perhaps it's impossible for a seminal band like Yes to live up to the heightened expectations of a reunion concert two decades past their prime, but watching this disc, I couldn't help but feel that the intervening years had robbed the quintet of the passion that had made their music so groundbreaking. I can't deny a superficial satisfaction in seeing the classic members of Yes playing their greatest hits, but all things considered, this disc is likely to be of limited appeal to all but the band's most devoted fans.

The complete tracklist is as follows: 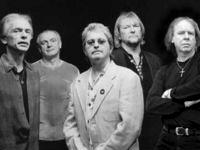 'Yes: Live at Montreux 2003' is presented in 1080i with the VC-1 codec. At first glance, like most shot-on-HD video, the colorful picture is lush and packed with plenty of sharp detail -- beads of sweat, textures in the clothing, and glints of light are crisply rendered on the screen. But as I watched the concert, I began to notice a number of issues that continued to degrade the picture throughout the performance.

Banding was the first problem to pop up and it's almost immediately followed by digital noise in the bright spotlights, pixilation on band members, and artifacting in the darkest corners of the stage. None of these hiccups are terribly distracting until Chapter 8 when the lights kick up, the primaries begin to bleed, and substantial crushing issues appear. Just watch the edges of Steven Howe's head and guitar throughout Chapters 8 and 9 -- at times, his skin seems as if it's made of Legos and the transfer has a difficult time distinguishing between his hair and the spotlight. The resulting mess is blocky and unbearably distracting.

To be sure, I've seen worse concert presentations, but I've also seen much better -- this one is decidedly middle of the road. 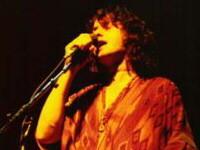 Still, all three tracks rely far too heavily on the front three speakers, and fail to create any convincing level of immersiveness in the soundfield. The mix seems to pump the same sound out of each channel (albeit at different volumes) and there isn't any subtlety or nuanced design to the distribution of the music. The subwoofer is also particularly subdued compared to most concert releases. In the end, the sound package should be the most impressive element on a concert disc -- unfortunately, this HD DVD doesn't sound much better or more complex than a low-budget audio CD. 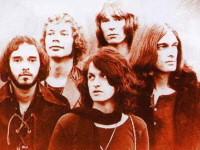 As a huge fan of early progressive rock, I was really hoping for a high-def winner with 'Yes: Live from Montreux 2003.' Unfortunately, I found the concert itself a passionless affair, and this HD DVD shares the same fate. The video presentation is technically problematic, the audio lacks punch, and there isn't a single supplement to be found. This one's for hardcore completists only.

Sale Price 24.98
Buy Now
3rd Party 24.36
In stock on March 18, 2021. Order it now.
See what people are saying about this story or others
See Comments in Forum
Previous Next
Pre-Orders
Tomorrow's latest releases