Scent of a Woman

Overview - Al Pacino won his first "Best Actor" Oscar for his brilliant portrayal of an overbearing, blind retired Lieutenant Colonel who hires a young guardian (Chris O'Donnell), to assist him. It's a heart-wrenching and heartwarming tale of opposites attracting when they embark on a wild weekend trip that will change the lives of both men forever.
OVERALL
Worth a Look

Pop quiz: For which of the following movies did Al Pacino take home his first Academy Award -- 'The Godfather,' 'Serpico,' 'The Godfather Part II,' 'Dog Day Afternoon,' 'Glengarry Glen Ross,' or 'Scent of a Woman'? If you answered it was his portrayal of a tortured blind army officer in 'Scent of a Woman' that finally led the Academy to bestow Pacino with its highest honor, you answered right.

Pacino plays Frank Slade, a retired, middle-aged military man who's lost touch with his family and his former self. Embittered by his blindness, he enlists a young student named Charlie (Chris O' Donnell) to help him visit New York over a Thanksgiving break, and live life to its fullest for one day. Slade has reserved the most expensive hotel, and lined up a trail of amenities to make his twenty-four hour vacation one to remember, but he also has a secret reason behind the trip -- one that will put he and his young caregiver at odds.

But Charlie isn't just along for the ride -- he's haunted by the knowledge that a tough decision awaits him when he returns to prep school. Before he went on break, a group of students pulled a prank and the administration has discovered that Charlie and another student named George (Philip Seymour Hoffman) know the vandals identities. Under the threat of expulsion, Charlie must choose between the future of his education and betraying his ethics.

With a set-up so ripe with clichés, you might expect that 'Scent of a Woman' would sink under the weight of its own sentimentality, but director Martin Brest ('Meet Joe Black,' 'Beverly Hills Cop,' and 'Midnight Run') and Al Pacino are better than that. Crafting Slade into a complex creature who hides more beneath his rantings than simple anger, he becomes one of the most endearingly gruff characters of modern cinema. Pacino doesn't merely emote -- he inhabits Slade and makes his both his physical and emotional blindness truly heart wrenching.

The screenplay by Bo Goldman is also top notch, unfolding its intentions and plotting with finesse that helps vault the film into another league. For every genuinely funny moment (and the film provides a good number of laughs), there's a scene when I'm hushed to silence because the pressure of its circumstances are so palpable. Yes, 'Scent of a Woman' loses some momentum when Pacino is off camera, but the supporting actors do their best to match his talent and keep things interesting, and even in the movie's weaker moments, its clear that each scene is leading somewhere as the film barrels toward its tense final act.

At the end of the day, 'Scent of a Woman' is an easy recommend. Enjoyed by audiences and critics alike, the only people who should steer clear of this one are Pacino detractors (a vocal minority of film fans who feel he overacts when he's on screen). For everyone else, 'Scent of a Woman' is a shockingly introspective film that you'll be able to revisit again and again. 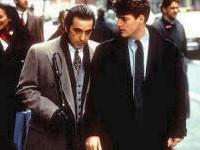 If you just heard a sound, it was me breathing a huge sigh of relief. To be honest, considering Universal's recent track record with its older HD DVD catalogue titles, I didn't expect 'Scent of a Woman' to look all that great. Happily, however, this 1080p/VC-1 encode looks great, especially for a now fifteen year-old film.

Colors and contrast are bold, the New York City street scenes are crisp, and detail, skintones, and sharpness are all as they should be. To be fair, the film's 2003 DVD remaster was already quite good, but in a direct compare, this HD DVD clearly improves upon it, cleaning up the majority of artifacting, crushing, and noise that plagued that earlier release. In fact, the picture quality reminded me a lot of the recently released HD DVD of 'Born on the Fourth of July' which also benefited from a prior remastering for DVD.

Granted, there are still some trailing issues common to most catalogue titles that haven't been remastered specifically for their move to high-def. A few shots are a bit soft, and I randomly caught a few glimpses of minor edge enhancement. Black levels also sometimes level out at a dark gray, and the depth of field in the image occasionally wavers. Finally, there were a handful of instances where I noticed a smattering of noise and faint color banding, but it was never distracting.

In short, despite some minor issues, 'Scent of a Woman' looks better than ever and ranks among the best recent catalogue releases from Universal. 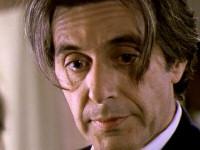 Featuring a Dolby Digital-Plus 5.1 surround mix (1.5 Mbps), unfortunately 'Scent of a Woman' is another title that just doesn't boast the type of material that might make it a go-to audio mix.

Still, this track certainly handles what it's given with technical prowess, delivering clear dialogue and subtle ambiance across the channels. And while the audio on this HD DVD edition of 'Scent of a Woman' doesn't blow the most recent standard DVD mix out of the water, it is more exact and alleviates some of the peaking problems in the standard release.

In short, fans won't find any major problems here to distract them from immersing themselves in the film. Just don't expect much in the way of a bombastic soundscape.

Strangely, 'Scent of a Woman' has never received the Special Edition treatment on DVD here in the US, and this HD DVD edition continues the tradition with absolutely no special features. No woo-ha for you, Universal... 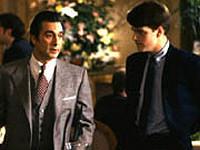 Featuring an Academy Award-winning performance from Al Pacino, 'Scent of a Woman' is a favorite of audiences and reviewers alike. Boasting a surprisingly strong video transfer and an audio mix that makes the most of what it's given, the overall grade for this one takes a hit due to its lack of supplements, but make no mistake -- 'Scent of a Woman' has never looked (or sounded) better.

Sale Price 9.99
Buy Now
3rd Party 1.72
In Stock.
See what people are saying about this story or others
See Comments in Forum
Previous Next
Pre-Orders
Tomorrow's latest releases