Overview - Discover the world, one person at a time…Discovery Atlas! Journey through the heart of the picturesque country of Italy: a land stretching from the snow-capped peaks of the Alps to the sun-baked semi-desert of Sicily. Over the course of one year, follow the lives and loves, trials and tribulations and the hopes and dreams of a group of people who exemplify what it is to be Italian. Spanning the length and breadth of Italy, this film combines stunning location footage of its famous monuments and its hidden jewels. The latest computer graphics will propel you through the Italian landscape, while personal insights unravel the stereotypes and hidden secrets of what makes the nation tick. Combining stunning location footage with the latest computer graphics, this narrative propels viewers on a magic carpet ride through the Italian landscape, while providing personal insights into the lives of real Italians.
OVERALL
Worth a Look

'Discovery Atlas: Italy Revealed' is one of four episodes of the shot-on-HD "Discovery Atlas" television series that have recently been released on HD DVD, Blu-ray and standard-def DVD. These first four installments (Australia, Brazil, China and Italy) kick off a planned twenty episode series designed to highlight various countries around the world in stunning high-def. While most of the destinations are places frequented by tourists, this series has proven itself to be no mere commercialized travel brochure. Instead, the show prides itself on focusing on the natives of each country -- their stories, their lives, their unique struggles and accomplishments, and their pride as it relates to their homeland. 'Italy Revealed' is the slowest of this initial group of episodes, taking its time exploring the homeland of the Caesars, the Roman Empire, Leonardo da Vinci, and the early foundations of the Catholic church.

Like other episodes in the series, 'Italy Revealed' focuses on average workers and citizens of the country. The idea is to show the reality of the country and the people who keep it going, and it works well. The most interesting of these vignettes is the one that focuses on a man living in Venice who is desperate to become a "gondolier." Surprisingly (to me), this career is an honor only bestowed on three new people each year. Not only is this a fascinating look at a sympathetic individual, but Venice has never felt more real to me. Without the usual storybook romanticism that's usually applied to it, this was a genuine city full of small, interesting stories. Other (more average) sequences profile other folks such as the Sicilian diver trying to connect with his ancestors, the Roman teenager who wants to be the first female Formula 1 racing champion, a rescue worker in the Alps, a clothing designer, a deep sea diver, and a horse rider who tackles an unpredictably dangerous breed. While this bunch isn't nearly as interesting as the group in 'Australia Revealed,' these natives of Italy kept me mildly entertained over the course of the documentary.

Unfortunately, unlike the engaging narration provided by Russell Crowe on the 'Australia Revealed' episode, the vocal clumsiness of Isabella Rossellini is something of ear-sore in 'Italy Revealed.' As an actress, she commands the screen, but stripped down to her voice, she comes across with surprisingly little passion -- I felt as if I was in the middle of a high school English class listening to someone read the passage of a book aloud. Worse still, when she finds something she is more familiar with, her voice suddenly sounds boastful and pompous rather than nostalgic and proud. As they have with other installments of this series, the Discovery Channel obviously wanted to impress with a native celebrity from Italy, but in this case, I think a no-name narrator could have been more effective.

Luckily, no matter how disengaging the narration was, the Italian views are gorgeous and I could always rely on the scenery. This episode focuses on Italy's architecture and historical monuments as much as its citizenry and it's a wonderful look at the ancient and the modern living in a strange harmony. A few scenes even sent me to the pause button - the water and the gondolas in Venice, the snow capped Alps, the dirt kicking up from horses in Tuscany, and the faded architecture of the Roman Empire. Only the murkier underwater segments with the deep sea diver hinder the overall visual spectacle.

After watching the hour and forty minute 'Australia' episode and wanting more, I was expecting this 90 minute tour of Italy to feel similarly short. Instead, as the episode ended I was happy to escape the narration and some of the less-than-fascinating Italian participants. While 'Italy Revealed' boasts some stunning photography and some reference-level video (see below), as an introduction to Italy and its people, this one's only a mediocre shell compared to the superior 'Australia Revealed' episode. 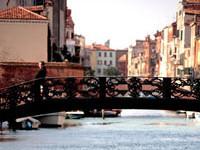 One area where 'Italy Revealed' slightly outshines 'Australia Revealed' is in its picture quality. While the Australia episode had infrequent issues with compression artifacts, the Italian episode clicks along without a hitch. Presented in 1080i utilizing the AVC MPEG-4 codec, 'Italy Revealed' showcases an astounding level of fine object detail, color vibrance, and contrast stability.

The show already looked good when it was aired in its original HD broadcast, but here the bitrate is much higher and the image is crisp and clean. Wrinkled skin, horse hair, blades of grass, and other natural elements are all extraordinarily three dimensional. The architecture on display is as detailed as I've ever seen, with even the tiniest windows, blocks, and stone perfectly defined. There's also no discernable difference in picture quality between the HD DVD and Blu-ray versions -- they're both wonderful. If you're looking for a vibrant demo disc that will bring your friends to a standstill, 'Italy Revealed' is nothing short of amazing. 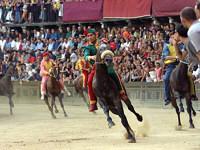 As with most documentaries, the audio package on 'Italy Revealed' isn't a particularly impressive technical monster, simply because the narration and conversation heavy track relegates a majority of the sound design to the front of your home theater. Having said that, there is nothing wrong with this 640kbps Dolby Digital 5.1 surround mix. In fact, there are some nice moments when the Italian cities buzz with life, voices, and traffic, but they're gone as quickly as they appear. Narration and the voices of the participants exhibit a nice clarity and there isn't any environmental noise or volume discrepancies to distract audiophiles during the documentary (a small problem in the Australia episode).

Overall, while this one's certainly technically solid, I can't rate the audio package in any review without factoring in the soundscape itself. In the case of 'Italy Revealed,' it just doesn't have the power, resonance, or memorability of the film's amazing visuals. 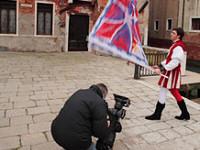 While the 'Discovery Atlas' series has been released on standard-def DVD as well, apparently that release (which we've been unable to get ahold of for comparison purposes) includes no extras. Which means that all included supplements on the HD DVD and Blu-ray releases of this disc are exclusive to high-def disc (see the section below). 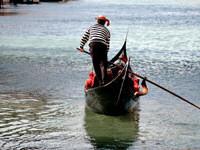 What is there to say about a disc that boasts jaw dropping visuals, but fails to impress on just about every other level? A boring audio package, a slim set of supplements, amateur narration, and a middle-of-the-road group of participants all hamper 'Italy Revealed' a bit too much for me to heartily recommend it. If you're simply looking for some reference-level video, this one's certainly worth considering, but for a more cohesive package, the far more superior 'Australia Revealed' episode is a better bet.

Sale Price 5.09
Buy Now
3rd Party 5.09
In Stock.
See what people are saying about this story or others
See Comments in Forum
Previous Next
Pre-Orders
Tomorrow's latest releases