Overview - The tumultuous early history of the Central Intelligence Agency is viewed through the prism of one man's life.
OVERALL
Give It a Rent 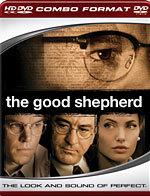 It happens every year. Before we've even reached the Oscar-bait season of early Fall, the industry pundits predict which films have an early lock on critical and awards glory. And so it was with Robert De Niro's 'The Good Shepherd,' which was originally pegged as one of the sure-things of 2006 -- a beloved director, a great cast (including Matt Damon and tabloid magnet Angelina Jolie) and a fascinating story. How could a film that recounts the birth of the CIA, starring Jason Bourne and Lara Croft and directed by Vito Corleone be anything but a blockbuster?

Needless to say, all the hype came before anyone actually saw the film -- and once they did, the buzz quickly subsided. Slow, talky, dramatically inert and with shockingly uninteresting characters, 'The Good Shepherd' is not a terrible film so much as it is a transparent one. It is a lot like watching a ghost burned onto celluloid -- it floats around and makes a lot of noise, but it doesn't touch a single nerve ending in our body. 'The Good Shepherd' is cinematic ectoplasm.

A founding member of the CIA, Edward Wilson (Matt Damon) is also one of the agency's most trusted officers. So when the agency believes they have a mole in their midst, Wilson is given the job of discovering the disloyal entity, and bringing them to justice. It is a journey that will come at great personal cost and one that will eventually put his own morals to the test.

As Wilson begins to uncover the incredible secrecies and unbelievable betrayals that infect even the highest ranks of the CIA, we learn (through flashback) about his earlier life as a young idealist, and his role in the founding of the CIA. The younger Wilson serves as stark contrast to laconic, burnt-out cynic Wilson has become as an agency veteran. Ultimately the film ends up asking a great existential question -- does the abandonment of the cause that once defined the man render his life meaningless?

All of this is potentially fascinating stuff, so where does the movie fail? Yes, it's overlong at 161 minutes, but a great film can captivate us for far longer. And to his credit, De Niro does not really err as a director -- his sense of pacing is sound, he is more than capable at crafting visuals of sweeping grandeur, and he certainly knows how to work with his actors.

Instead, I think the blame for the film's failings lies in Eric Roth's screenplay, which introduces the flashbacks to Wilson's earlier years far too late in the story to offer much of a payoff. By the time these nuggets of truth appear on screen, we've already lost interest in this apparent shell of a man. They also blunt the urgency of his character's unraveling of the CIA's inner workings. While I doubt 'The Good Shepherd' was really meant to work as a thriller, the tone seems to hints at it, but never gels. As a result, this is a very long slog of a film that fails to work as a moving character piece, a compelling drama, or a mystery.

The actors can do little to enliven the material. I'm not sure Damon was the best casting choice -- he's already a restrained, internal actor, and without Jason Bourne-like action to cling to, he simply comes off as chilly, remote and unfeeling. Jolie also just looks too exotic and out-of-place in the period milieu. Perhaps it's just tabloid baggage she brings, but she screams "movie star!" in every scene, not the ordinary woman trapped in a loveless marriage that she's meant to be. The only highlight performances come courtesy of Alec Baldwin, as Sam Murach, and Billy Crudup as Arch Cummings, Wilson's friend of questionable loyalty. But it's just not enough to re-frame the narrative and keep the momentum going.

So is 'The Good Shepherd' worth seeing? Perhaps. I found its story of the birth of the CIA interesting, and purely in terms of its A-list production values, the film is easy to look at. And no single performance is exceptionally bad. But 'The Good Shepherd' just never manages to add up to more than the sum of its parts. Given the talent involved, the complexity of the story and De Niro behind the camera, that rates as a major disappointment. 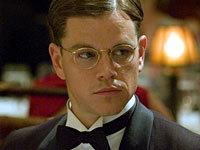 'The Good Shepherd' comes to HD DVD as a combo disc, making for an easy comparison with the standard-def version. The film's 2.40:1 widescreen aspect is preserved, in a very nice if not quite spectacular 1080p/VC-1-encoded transfer.

The movie does look good. Robert De Niro, working with director of photography Robert Richardson, goes for a classic, elegant feel, with the deep blacks and restrained contrast lending the film a warm, lush texture. Softness is a problem, though. While the HD DVD is certainly an improvement over the standard-def flipside, it still falters in long shots, with backgrounds looking somewhat flat and lacking detail. Depth is the same -- medium and close-ups are quite impressive, but the transfer cannot maintain that three-dimensional quality throughout.

Colors are not incredibly saturated but lifelike and pleasing enough. Fleshtones are also accurate. Shadow delineation and the lack of edge enhancement boost the HD DVD even more over the standard-def version, and the master is certainly as clean as a whistle. There is some minor grain, which can be exacerbated in the darkest scenes, but it is appropriate to the intended visual style and gives the transfer a nice, film-like quality. A very solid, four-star effort.

The movie's soundtrack is more muted than its visuals. Universal offers a English Dolby Digital-Plus 5.1 surround track (at 1.5mbps), which can't do too much with the film's restrained sound design.

The mix is front heavy, and almost arid. Surround use is sparse -- I could count the number of notable discrete effects on one hand, and ambiance is never sustained. The score by Bruce Fowler and Marcelo Zarvos has a nice presence to it, and serves as just about the only element to fill up the soundfield. Tech specs, however, are fine. Dialogue is always clear and well-recorded, and dynamic range is ample. Low bass is as strong as it needs to be, and there are no issues with high-end distortion or other anomalies. To be sure, this is a perfectly fine soundtrack, just don't expect to be blown away. 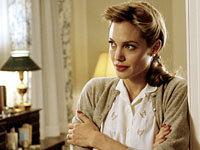 This HD DVD mirrors the standard-def release in terms of bonus features, but that's nothing to get excited about in this case, as it's only a single supplement.

That one supplement is a collection of seven Deleted Scenes, running a total of 16 minutes: "John Comes Home," "Edward and Sam At Train Station," "Edward Confronts John," "Edward Asks Valentin to Play Violin," "John Enters Embassy," "Ulysses Is Trying to Tell Us Something," "Edward and Ray Pack Office." The boring scene titles tell it all, and quite frankly, the 160-minute movie is already long enough. Making matters worse, no optional commentary or other information is provided to give any context to the material and/or explanation for why it was excised. 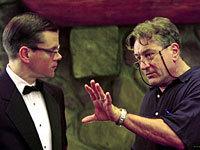 'The Good Shepherd' should have been a great film. The birth of the CIA is certainly a fascinating topic, it's got a top-tier cast, and Robert De Niro has already proven himself a capable director with 1993's 'A Bronx Tale.' Unfortunately, the resulting movie is rather dull, failing to capture any palpable sense of pathos or drama. On the bright side, Universal has produced a fine enough HD DVD release, with a solid transfer and soundtrack. The extras are pretty sparse however, even including a next-gen exclusive "U-Control" video commentary. Leave this one a rental unless you're a diehard De Niro supporter.

Sale Price 8.57
Buy Now
3rd Party 16.88
In Stock.
See what people are saying about this story or others
See Comments in Forum
Previous Next
Pre-Orders
Tomorrow's latest releases