Overview - An architect engages in conflict with an activist who lives in a dangerous complex the architect designed.
OVERALL
For Fans Only

I have to admit a weakness for "message movies," the kind of do-gooder Hollywood flicks that ram you over the head with some well-meaning polemic about how we should save the planet, treat our neighbors better, always remember to email mom on her birthday, etc. Sure, most of them are dreck -- but I often feel compelled to give them a bonus point or two for effort, because even the most mawkish of tree-hugging big-screen activist claptrap seems to have its intentions in the right place.

Unfortunately, even the most generous bone in my body just about snapped under the utter lameness of 'The Architect.' This is the kind of message movie that gives message movies a bad name, because it isn't even a movie at all. Instead, it's a noble idea disguised as cinema, yet so poorly conceived and plotted that it can't even muster the vaguest of solutions to the social problems it depicts. Even Oprah couldn't make a good show about this movie.

Viola Davis stars as Tonya Neely, a resident of a run-down, crime-ridden Chicago housing project who comes upon an intriguing notion. Instead of campaigning to save the project, she launches a petition drive to have it demolished instead. That way, all the poverty and drugs and other riff-raff can simply be eradicated, and hope built anew from the ground up. In search of help, she approaches the original architect of the project, Leo Waters (Anthony LaPaglia), but he's not interested, saying his buildings work just fine as far as he's concerned. Plus, Leo is kinda busy with a crazy family -- his wife Julia (Isabella Rossellini) is struggling with OCD and desperate for a divorce, while his son Martin (Sebastian Stan) is gay but still in the closet, and ready to drop out of college because he can't deal with his sexuality. And then there is his 15 year-old daughter Christina (Hayden Panetierre), who is portrayed as a borderline nymphomaniac who suddenly develops an unhealthy interest in much older men.

Director and writer Matt Tauber adapted the cult stage play by David Greig for the screen, and I don't know if the original work was actually coherent or what, but I just did not get the intended parallels between Leo's petty dramas and Viola's altruistic mission. Is Tauber trying to make the crumbling housing project a s metaphor for Leo's crumbling home life? Is the message that, in a time of crisis, we should just blow it all up and start all over again? Or is all the odd sexual melodrama a cheap ploy to make an otherwise boring story a bit more spicy and intriguing?

Things only get worse when a seriously icky subplot that hints at incest between Martin, Christina and Leo is introduced in the second act. Martin also meets a male "friend" at the project, but this is never resolved. And where does Julia go? Apparently, Rossellini had another gig or something, because she all but disappears in the last part of the movie. Also wasted are any potentially interesting race and class complexities inherent in the Viola-Leo struggle, which are never more than murky as portrayed here. But worst of all, Tauber doesn't even provide a proper climax. The film just kind of ends on such a simplistic, TV-movie note that 'The Architect' really is the indie equivalent of a year's worth of Afterschool Specials.

I'm struggling to come up with something positive to say 'The Architect' aside from its apparent good intentions. At least the cast is strong, with LaPaglia, Rossellini and Davis giving their all to save the lacking material -- the original script must have been more promising, because it is otherwise hard to understand the appeal of this project for such a fine group of actors. Meanwhile, director Tauber manages to create some interesting visual compositions, given his limited budget and very quick shoot (the movie was shot in a mere twenty days). Alas, none of this is enough to rescue 'The Architect' from a future spent haunting the back shelves of Blockbuster. 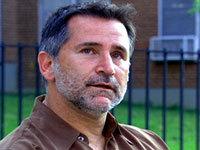 Magnolia offers up another fine transfer for 'The Architect,' and I continue to be impressed with what they've been able to accomplish with such low-budget material. This film was shot on HD in only twenty days with a budget that was probably less than the catering costs on 'Mission: Impossible III.' And while the source does have some problems, overall this really looks quite good for such a thrifty production. (Note that this HD DVD version of 'The Architect' is encoded in VC-1, versus MPEG-2 on the Blu-ray.)

Most of the source issues with 'The Architect' seem to stem from its shooting conditions. Daytime and brightly-lit scenes generally fare very well -- detail and depth look good, with blacks and contrast remaining solid and relatively natural. Darker material, however, suffers from weak shadow delineation and a flatness to the image. Colors can also be problematic -- generally vivid, they sometimes suffer from oversaturation. Noise can also be a problem, again in darker scenes where the presentation sometimes looks a bit fuzzy. Sharpness is quite sharp throughout, although those who prefer a more film-like look may have issues with this one's obvious shot-on-HD aesthetic. 'The Architect' is not prime demo material, but considering the source it probably looks about as good as it ever could.

Magnolia provides Dolby TrueHD 5.1 Surround (48kHz/16-bit) and Dolby Digital-Plus 5.1 surround (1.5mbps) tracks for 'The Architect' on HD DVD. Technically, the TrueHD track here should trump the DTS-HD High-Resolution (not Master Lossless Audi) track found on the companion Blu-ray verson of the film. However, in this case, the film's sound design is just too limited to really benefit -- even after a fresh evaluation of both tracks, I just couldn't discern much appreciable difference.

The mix is almost entirely front-heavy. Dialogue is reproduced well enough, although the film's limited budget is evident in the weak ADR and some pretty bad foley effects. Dynamics are on the iffy side, with low bass flat and little spaciousness or depth to the higher range. Surround use is kept to a minimum, reserved solely for minor natural ambiance and all of a half-dozen truly discrete sound effects. In the plus column, the mix does feel rather balanced between interior and exterior scenes -- many low-budget productions like this often suffer from obvious wind, hiss, etc., plugging up any sequence shot on-location. 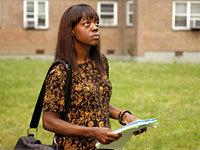 'The Architect' was released on both HD DVD and Blu-ray concurrently, and both versions sport the same package of extras.

Alas, the audio commentary with director Matt Tauber is a disappointment. It's rather dull, with frequent flat patches. Tauber just doesn't talk about much of interest -- as is often the case with low-budget films, most of the cast and crew worked on the cheap, and Tauber spends much of the track thanking them for their support and courage.

Better is the 28-minute "Higher Definition: 'The Architect'" featurette, which is an episode of the same-titled HDNet television series. It features interviews with Tauber and stars Anthony LaPaglia and Viola Davis. Though shorter than the commentary, it is far more informative. Tauber finally admits he was more interested in political agendas than storytelling, which is frankly obvious from the finished film. LaPaglia and Davis come off the best, as their well-intentioned support of the project is its best attribute.

Also included is a collection of eight Deleted Scenes running just shy of ten minutes, and Tauber again provides optional commentary. The scenes offer nothing better than what is in the finished film, and all were wisely cut. Note that the quality is good, but the scenes are presented in 480i only.

Rounding out the extras are Theatrical Trailers for fellow Magnolia titles 'District B13' and the upcoming 'The Lost City' (which remains unannounced for next-gen release as of this writing).

I really wanted to love 'The Architect.' It's a well-meaning film with a great cast, but unfortunately it just doesn't rate much higher than a mediocre television movie. This HD DVD release is fairly good, though. The transfer is as solid as could be expected given the low-budget source material, and there is a fairly compressive set of extras. Still, unless you're a diehard fan, this one ranks as a rental at best.

Sale Price 24.94
Buy Now
3rd Party 24.94
In Stock.
See what people are saying about this story or others
See Comments in Forum
Previous Next
Pre-Orders
Tomorrow's latest releases