Enron: The Smartest Guys in the Room

The Enron scandal had just begun to reverberate across the United States when I was in my last year of college. I was enrolled in the last general study course I needed to pull off a bachelor's degree in English Lit -- and that class happened to be Macro Economics. To cut to the chase, I barely pulled off a "C" and it was thanks, in no small part, to my complete inability to comprehend the intricate web of deceit that Enron execs had manufactured against millions of people. The story was so vast, the players so entrenched, and the numbers so steeped in high level accounting that I barely stayed afloat. To be honest, I was dreading this review of 'Enron: The Smartest Guys in the Room' because I was terrified of simply not getting it once again.

Apparently, I had a lousy professor. This well-paced documentary is less than two hours long and, by the end, I much more fully understood the daunting complexities that left me tired and out of breath throughout three long months of classes. Writer and director Alex Gibney weaves a thorough and well-structured narrative of the events leading to the collapse of one of America's most powerful corporations. Based on the best selling book by Bethany McLean and Peter Elkind and narrated expertly by actor Peter Coyote, the film documents the rise and fall of an expansive house of cards that changed the way we view Big Business.

The reason 'Enron: The Smartest Guys in the Room' works so well is because it quickly takes the focus away from numbers and places it on people. Divided into easy to follow vignettes that chart both the company and its key villains, a morality tale emerges about pride and some people's all-consuming lust of money. We're introduced to the company's chairman, Ken Lay -- the most public face of the fiasco and an apparent emperor without clothes who turns a blind eye to the unethical practices of his minions. We meet Enron's CEO, Jeff Skilling -- the architect of the company's scandalous practices and an engaging and inspirational leader that could seemingly sell oxygen in a bottle. We jump to Ken Rice -- the manic depressive marketeer of madness who becomes increasingly agitated as Enron blatantly manipulates the truth to stay afloat. We're briefly confronted with Liu Pai -- the Skilling loyalist and lieutenant who cashes out of the company with a cool $250 million, a seemingly meek bulldog obsessed with strippers and crooked deals. We're thrust into the life of Andy Fastow -- the deserving scapegoat who escorted Enron from deception to outright Faustian fraud, a shrill investor who propped up stocks while stashing debt in shell companies to artificially inflate profit margins. Last but not least, we're given short glimpses of the smaller players -- the traders caught disgracefully cold and uncaring on recorded phone calls, the investors left bankrupt, the naïve workers suddenly confronted by the dark dealings of their employer and scammed of their pensions and retirement funds, and the few men and women -- particuarly the brave whistle blowing Sharon Watkins -- who helped reveal Enron as a sinkhole of massive proportion.

I found myself shocked and angry, but also oddly intrigued by this investigation of the people involved in this corporate cesspool. It was sad to see how many people genuinely believed in the validity and honesty of the company. The frightening thing about the film is the amount of Hollywood-esque sleight of hand maneuvers that occurred behind the scenes: skeptical employees were fired or shipped to Canada, traders single handedly ordered power plants in California to shut off entire city grids, and the men at the top of the hierarchy all conveniently began selling their stock before Enron fell apart. In the ironic end, Enron's slogan -- "Ask Why" -- was the last thing many people did until it was too late.

Conspiracy theorists will froth at the mouth over Enron's apparent close ties to the Bush administration, as well as suggestions that wrongdoing at the company directly led to to Gray Davis's recall as California governor (and Arnold Schwarzenegger's election in his place). Thankfully, Gibney keeps his camera recording interview after interview without pausing to offer a political commentary or an assumption based on the facts. His avoidance of Michael Moore-style leaps was refreshing and elevated the film to the level of a real documentary whose priority is to educate rather than to advocate. The absence of Gibney's voice (except for a handful of off camera questions) was a welcome lack of ego that allowed me to form my own opinions and conclusions.

There are some mild problems, but nothing terribly distracting. A few more dates (particuarly in the first half of the film) would've helped clarify the timeline, interviews with the corrupt CEOs would've been amazing (but were understandably impossible to get), the sheer amount of information bombarding my brain was almost too much to handle at times (I backtracked three separate times to re-listen to explanations of finer points), and some of the stock footage is warped to maintain the film's widescreen presentation. However, all of these issues are standard to solid documentaries and barely register here.

All in all, this is a fascinating look at the largest known corporate con in American history and I wholeheartedly recommend it to students of history, economics, and politics alike. Even if you're a casual moviegoer, your time will be well spent with this measured but savage exploration of Enron's toppled ivory tower. 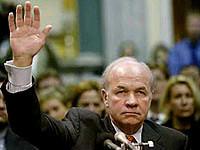 I first watched 'Enron' in high-def a few months back for my Blu-ray review of this title, and as I wrote then, the film boasts impressive picture quality for a documentary, showcasing vibrant colors and nice contrast.

To my eyes, this 1080p/AVC MPEG-4 HD DVD encode is identical to the MPEG-2 encode on its Blu-ray counterpart. Black levels and depth are good all around, fine detail and sharpness in the interviews are at the level of a feature film, and crisp edges reveal textures in skin and clothing. Thankfully, unlike the overly compressed standard edition DVD, this transfer isn't plagued by artifacting and rampant noise. To be clear, noise is still present (especially in the older footage), but it isn't nearly as consistent or debilitating as on standard DVD.

Common to many documentaries, the overall presentation is at the mercy of the standard-def video edited throughout the film from television news reports and stock footage. In high-def, the difference between the two video qualities is a bit more jarring than usual at first, but documentary fans will quickly acclimate. There was also a hint of stuttering in some shots (particularly in the interview with the former Enron employee who now works as a utility repairman) -- but this seems to be an issue with the source, since this discrepancy appears on all three disc formats. Finally, the aforementioned standard definition footage is often blown up and cropped to preserve the widescreen presentation. While I adore it when documentaries are filmed in widescreen, I wish the archived pieces were presented with pillar bars on either side to keep the picture quality higher. 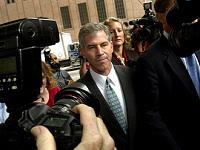 The two (identical sounding) Dolby Digital and DTS tracks on the Blu-ray edition of 'Enron' already seemed like overkill, but this HD DVD edition unnecessarily ups the ante by offering a total of *three* audio tracks: a Dolby Digital 5.1 (640 kbps) mix, a Dolby Digital-Plus 5.1 (1.5 Mbps) mix, and a DTS-HD 5.1 (3.0 Mbps) mix.

Despite the stair-stepped bitrates, once again the audible differences are so small that it's negligible. The DTS-HD mix does seem to render voices just a tad more richly than the Dolby tracks, but all three mixes are technically pleasant, and seem to make the most of what they're given.

There isn't much of a workout for the rear channels, but the dialogue clarity is dead-on without any artificially boosting the treble ranges. Music pulses with deep bass tones and constantly bounds around the soundfield layered perfectly beneath the voices of the on screen participants. The soundtrack is full of ironic song selections that create momentum and tension, add short and subtle commentaries to each stage of the Enron collapse, and wonderfully compliment the film without being trite or oblivious to the overriding themes.

As with the video, the main audio problems stem from the archival footage, where the sound is inconsistent and often times altered to bring it more in line with the rest of the film. This is a smaller complaint that documentary junkies will likely shrug off and call me insane for even mentioning.

The biggest technical downside to any documentary is a sparse soundscape, but there isn't really a need for much sound design here. A crowded track would be a nuisance and, as such, 'Enron: The Smartest Guys in the Room' has a restrained but useful mix that accomplishes everything it needs to and more. While it won't turn your friends' heads or pull an exceptional score in this review, it's a solid example of what a documentary should sound like on high-def.

Unfortunately, as was the case with the earlier Blu-ray edition of 'Enron: The Smartest Guys in the Room,' this HD DVD has been stripped of several features that were originally included on the standard edition DVD. If all of the standard DVD supplements were on hand, I likely would've given this portion of the disc a near-perfect rating. Instead, missing from this disc is a suite of Deleted Scenes, a Making-Of Feature, Interviews with the Book Authors, a Firesign Theatre Presentation Featurette, Additional In-House Enron Skits, a "Where are They Now" Featurette, and Text Archives of the original Fortune magazine articles upon which the book and movie were based.

On the bright side, the Director's Commentary track with Gibney has been ported over from the DVD and it's well worth a listen. I found I had to pay very close attention in order to digest everything he says, but the director is engaging, fascinating, and full of facts. He's so knowledgeable about every aspect of the scandal that it's easy to see how he crafted such an accessible documentary out of this complex story.

The only other included supplement is an episode of the HDNet television show "Higher Definition," which includes interviews with McLean and Elkind, Gibney, and other interview subjects from the documentary. The show does a good job of avoiding repetitive material (aside from a few unavoidable occurrences) and the only annoying element is the smarmy host -- he seems entirely too perky to be questioning people about the depressing aftermath of the Enron bankruptcy. 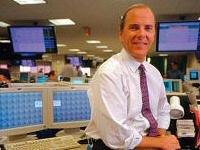 'Enron: The Smartest Guys in the Room' is a captivating documentary that will keep you in rapt attention even while explaining the economic complexities of the company's spectacular fall. As an HD DVD release, this one boasts good picture and audio quality (particularly for a documentary), and falters only in the supplements category, which lacks many of the bonus features available on the previously-released standard def DVD. Do yourself a favor and track down a copy of this amazing film so that you can watch with dread as people march to their own doom under the spell of wealth and power -- then neatly tuck it all in the back of your mind so that Enron's sordid path will never be repeated.