Steven Soderbergh is an adventurous filmmaker who seems to effortlessly bounce from big budgeted crowd pleasers like 'Ocean's Eleven' to more intimate character-centric dramas like 'Out of Sight.' Perhaps most interestingly, occasionally he dabbles in smaller, more experimental pieces like 'Full Frontal' and the short-lived television series 'Unscripted.' 'Bubble,' the latest Soderbergh experiment, sees the director boldly shed his film of the conventions of the trade, hiring local non-actors, shooting in authentic locations rather than dressed sets, and only working from a basic script that allowed the leads to ad-lib nearly all their lines.

With 'Bubble,' Soderbergh even went a step further and extended the experimentation to the film's distribution plan by releasing the film in theaters, on DVD and on HD television (through HDNet) at the same time. The blitz of this first-ever simultaneous cross-platform release certainly drummed up buzz for 'Bubble' when it arrived in January 2006. Admittedly, it's refreshing to see a filmmaker throw caution to the wind and boldly break away from the trappings of Hollywood, but while I understand the film's intentions as an experiment, unfortunately I don't find it to be an effective one at all.

The story focuses on the mundane dealings of podunk America, zooming its experimental, wobbling lens on three people caught in a love triangle in a small Ohio town that becomes host to a local murder. Kyle (Dustin Ashley) has a strange relationship with Martha (Debbie Doebereiner), a doting older woman with whom he works in the same factory. When Rose (Misty Wilkins), a girl closer to Kyle's age, is hired, Martha spins downward, overtaken by paranoia and depression. Did I make that sound exciting? If so, I overwritten this synopsis. At a scant 73 minutes, I was shocked by how long it took the plot to gain any momentum and, even when it did, the dissatisfying, anticlimactic conclusion comes around an unexpectedly brief corner. To describe the characters, situations, and developments of the story any further would practically give everything about the film away -- so to be fair, I'll just leave it at that.

Attempting to return to the intimate tone of 'Sex, Lies, and Videotape,' Soderbergh noticeably strains to convey the tired repetition of everyday life, but fails with the mere introduction of an unlikely death and several Hollywood archetypes. To make matters worse, too much time is spent following Kyle's pointless routine instead of delving into the minds of the film's other characters. Blank faces may serve as blank canvases for whatever emotions the viewer wants to assume are boiling beneath the surface -- but in the end, I felt this lack of character definition left too many open ends.

Some moviegoers, particuarly film students who rave at about similar works like Gus Van Sant's 'Elephant,' will likely fall in love with this strange, identity-challenged bore. They'll be excited by the longing still frames of the clutter that haunts each character's life, the grimness of the workplace, and the hiring of local non-actors to feel each role. For the most part, the performers do a believable job with the few chores they're given, and the cinematography -- shot using natural lighting -- makes for an interesting viewing experience. However, as I watched 'Bubble,' I never felt as if I were being led by a focused storyteller. Instead, it felt more akin to being guided through a strange tour of life by an unsure student filmmaker who has yet to develop his voice. To be clear, Soderbergh hasn't lost his touch, so to speak -- you can still sometimes feel talent pulsing behind the camera -- it just seems like he's more focused on the audacity of this filmmaking experience rather than the functionality and direction of his story.

The dialogue is intentionally mind-numbing, the human interconnections are stale, and the overall message of the film is a deeper mystery than any death that takes place on screen. Most perplexing of all, Soderbergh's choice of filming in HD video seems strange for the grimy tale he's working to tell. Movies matching this tone usually revel in overgrained film stock -- and while I'm not necessarily complaining, the format's utilization here doesn't seem the best fit.

In the end, I was disappointed with the underwhelming zeal of Soderbergh's latest release. A quiet and subtle tone can still produce intriguing work if a screenplay, cast, or story is well developed. Ironically, Soderbergh already bested himself in this regard with his own sci-fi reflection, 'Solaris' -- a piece that rings more universally true in space than 'Bubble' does on the ground.

Director Todd Field's 'In the Bedroom' (a superior, realistic examination of small town tragedy) is far more interesting, touching, and believable and proves that strong direction can lift seemingly banal, Midwestern material to another level. 'Bubble' is more of a Vincent Gallo-esque distraction than a Soderbergh masterpiece in the vein of 'Traffic' or the aforementioned 'Sex, Lies, and Videotape' -- it seems to merely exist as an HD video exercise for the acclaimed director instead of an actual stop on the road of his cinematic canon. 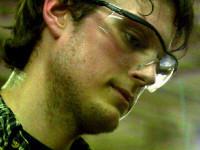 Presented with the AVC MPEG-4 codec, the 1080p presentation of 'Bubble' on this HD DVD edition is nearly identical to the MPEG-2 encoded Blu-ray version. The HD video provides an impressive level of fine detail, a vibrant color palette (which intentionally leans toward greens and oranges), and dark blacks with well defined shadowing. While there isn't much to take in visually (aside from some scattered mood pieces in each of the characters environments), the crisp and clear video package highlights every imperfection on the down-to-earth faces of the cast members and subtly adds to the film's portrayal of hopelessness. Lingering shots of actors reveal a good texturing of skin that never looks washed out or plasticized.

Like the factory workers themselves, however, a closer look reveals a few problems with the image. Heavy filtering dulls dimension and depth, sharpness wavers in wide angle shots, the video quality seems overly disjointed from the tone, while the factory lights consistently flicker in conflict with the framerate of the film itself. This last point caused a small lightning storm over my left temple, but my wife swore the picture was never doing what I was describing (a mystery best left to the forum linked at the end of this review if someone would like help to settle an argument).

The HD video cameras in this case are something of a mixed blessing. As much as I love the idea of digital filming, there's something about a hyper-real image that feels like it hinders a project like this one by keeping its world flat and confined within the television. I actually would've preferred storms of grain in 'Bubble.' 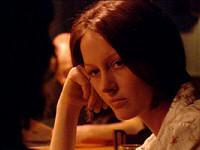 Shoved in a drawer along with three seemingly identical surround mixes -- a new Dolby Digital-Plus 3.0 mix exclusive to this HD DVD, a Dolby Digital 3.0 track, and a DTS 3.0 option -- the already vacant soundscape is even more noticeable in these limited formats. While there isn't much in the way of sound design, the naturalistic soundfield is deadened by mumbled dialogue, grinding effects from actual machinery, and the occasional use of a single guitar to provide a semblance of a soundtrack.

There are severe sound prioritization issues which some may argue add to the tone, but I found them to be distracting. Conversations luckily showcase clear dialogue for the most part, but the front-heavy track could have massively benefited from a complete surround field. For a film so seemingly focused on conveying realism, it's strange that the factory -- the centerpiece of the entire film -- is so shallow and underdeveloped.

Soderbergh's back peddling with the audio package makes the use of the HD video even more perplexing. If he's so enamored with filming with newer technology and presenting the natural world in a pristine light, why are we left with such an incomplete and juvenile sound experience?

The commentary is actually a conversation between Soderbergh and Mark Romanek, the director of 'One Hour Photo.' While he had no direct involvement in the creation of 'Bubble,' Romanek fills the role of interviewer and leads Soderbergh from one interesting anecdote to the next. Soderbergh is wonderful on the track and in retrospect I wish I had listened to it first, rather than slugging through the film without his comments in mind. While it wouldn't have changed my overall opinion of the movie itself, it would've made for a more interesting viewing experience. Fans of Soderbergh won't be disappointed as the sincere director takes his time and honestly dissects his film, career, talents, and shortcomings. As short as the film is, the commentary was definitely worth my time.

The lone video-based supplement - "Higher Definition: Bubble" - is a 25 minute episode from the HDNet television show that's mainly included for its interviews with Soderbergh and its description of the simultaneous multimedia release of the film. For the most part, it's a fluff piece that rehashes too much information from the commentary and I found my attention drifting throughout.

The standard DVD comes with an additional cast commentary track, deleted scenes, director and crew interviews, cast audition interviews, and a photo gallery. If you're a fan, I'm sorry to say that you may want to pick up the fuller DVD version of 'Bubble' instead of this comparatively barebones HD DVD edition. 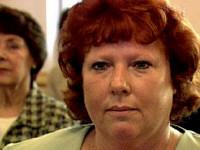 Between the plodding film itself, the crystal clear video, and the archaic audio, I was left disappointed by almost every decision Steven Soderbergh made with 'Bubble.' Daring in concept alone, the film left me unengaged, annoyed, and desperate for his next "real" movie. Even worse, though the previous standard-def DVD boasted a wealth of extras, this HD DVD release is practically featureless. If you haven't seen 'Bubble,' use your love of other films to judge your level of likely enjoyment -- if you adored 'In the Bedroom' or 'Solaris' but hated 'Elephant' or 'Brown Bunny,' avoid this film at all costs. If you think you would enjoy this film, it pains me to say that you may be better served checking out the more feature-packed standard DVD.

Sale Price 23.4
Buy Now
3rd Party 23.4
In Stock.
See what people are saying about this story or others
See Comments in Forum
Previous Next
Pre-Orders
Tomorrow's latest releases