James Taylor: A MusiCares Person of the Year Tribute

Overview - The MusiCares Foundation was proud to honor James Taylor as the 2006 Person Of The Year. Best known as the quintessential singer-songwriter, James has maintained an unparalleled commitment to music and various philanthropic efforts--from environmental to humanitarian causes--throughout his career.
OVERALL
Worth a Look

Established by the National Academy of Recording Arts and Sciences (the folks who give out the Grammy Awards each year), the MusiCares Foundation is a charitable organization that provides assistance to musicians in times of need. But don't think that means they rush in to help Michael Jackson when he bounces a check -- instead, to get an idea of where MusiCares focuses its efforts, think of all the jazz musicians stranded in the wake of Hurricane Katrina.

As part of the group's fundraising efforts, each year MusiCares hosts a gala honoring an influential artist who has significantly contributed time and money to humanitarian endeavors. Joining past honorees Stevie Wonder, Sting, Natalie Cole and Bono, James Taylor was selected as the organization's 2006 Person of the Year.

As a longtime fan of Taylor's, I was really looking forward to 'James Taylor: A MusiCares Person of the Year Tribute.' Unfortunately, while it's clear from watching this HD DVD that Taylor and the event's organizers have a big heart, I couldn't help but be somewhat disappointed by this concert disc.

Featuring a measly thirteen songs (less than you'd expect to find on a bargain bin "Greatest Hits" CD), most are performed by artists other than Taylor. Don't get me wrong -- I get the point of these tributes and I understand it would be idiotic to honor James Taylor by pushing him on stage to sing all night. But with so little Taylor to go around, it falls to a motley crew of guest artists to try to carry the show.

To be fair, the guest list itself is quite extraordinary, and including artists as disperate as The Dixie Chicks, Keith Urban, Bonnie Raitt, India Arie, Dr. John, Taj Mahal, Alison Krauss, Sting, Bruce Springsteen, Carole King, Jackson Browne, David Crosby, and Sheryl Crow. But with such a broad range of artists and styles represented (and so few from Taylor's era), the concert as a whole seems designed to reach a wide audience, rather than one interested in following Taylor's career.

Thankfully, things explode to life during the last twenty minutes, from the moment Taylor walks on stage alongside Carole King to his exceptional performances of "Shed a Little Light," "How Sweet It Is," and "Fire and Rain".

In the end, 'James Taylor: A MusiCares Person of the Year Tribute' may not have given me exactly what I wanted, but I still found it enjoyable for what it was. Backed by Taylor's actual recording band, each of the guest artists put their all into their performances, and provide a fun and involving trek through the highs and lows of his various songs. As for Taylor himself, he sounds as good as he always has and it's clear he's genuinely honored by the event. 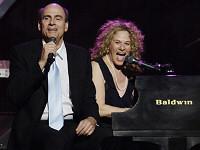 Presented in 1080i utilizing the VC-1 codec, this HD DVD is certainly visually impressive. Shot with high-definition cameras, vibrant colors, crisp fine object details, and strong contrast combine to create an image with both depth and dimension. Deep blacks don't have any crush issues and everything is sharp and clear. The lighting for the show is bright, but there aren't any instances of color banding or poor shadow delineation. Skintones are generally accurate, and I didn't detect any artifacting, source noise, or pixelation.

I do have some minor complaints -- a handful of shots are softer than others, and the high-def picture reveals poorly applied makeup on a few of the performing artists (the Dixie Chicks occasionally look like preteens at a middle school dance). Granted, most of these issues are the fault of the show's producers, and not this technically solid transfer. Still, I prefer a filmic quality to these sorts of releases and found myself longing for a warmer picture. 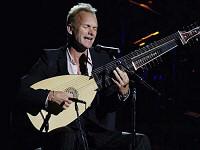 This HD DVD offer up both a Dolby Digital 5.1 track and an uncompressed PCM stereo mix. While the instrumentation and the songs sound a bit richer on the stereo track, I personally preferred the surround mix on this particular disc. Spreading ambiance across a well developed soundfield, the Dolby Digital track feels more lively and the audience reactions help to build some noticeable momentum throughout the performance (especially when Taylor finally sings).

The musicians are deftly balanced on both mixes and there's a nice weight to the tone of each note. While the bass guitars are a lower priority, it seems to be a conscious choice made on the part of the sound designers for the concert. When participants speak, their voices reverberate a bit much for my taste, but it does make the ballroom acoustics more naturalistic. Singing voices are stable and the mixes never have any pitch problems. Guitars are lyrical and resonate realistically, drums are heavy and packed with bass, and orchestra instruments are never too brassy or sharp.

It really would've been nice to have the best of both audio worlds -- specifically an uncompressed PCM 5.1 mix. As is, being something of an audiophile, I found myself switching between the two tracks at times to adjust my experience to whichever mix was best suited to the concert at any given moment. Still, on their own merits, each of these two tracks more than hold their own. 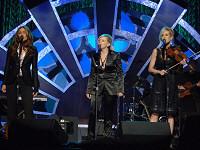 Nothing. A featurette detailing Taylor's career and humanitarian efforts would've made a lot of sense and its absence is strange. Even a quick promo about MusiCares and their charity work would've clarified the work of their organization.

A lack of supplements drags down the overall grade for this one, but 'James Taylor: A MusiCares Person of the Year Tribute' certainly looks and sounds great, and the last twenty minutes alone (featuring Taylor himself) earned this disc its place in my HD DVD library.
Sale Price 28.99
Buy Now
3rd Party 28.99
In Stock.
See what people are saying about this story or others
See Comments in Forum
Previous Next
Pre-Orders
Tomorrow's latest releases