Well, how's this for a stroke of bad luck? Of course, Paramount had no idea when it set 'We Were Soldiers' for HD DVD release on August 1 that it would come only days after its star Mel Gibson would get busted for a DUI and worse, admit to spewing anti-semitic and sexist remarks during his arrest. More than just "bad PR," the incident has cast serious doubts on Gibson's standing in the industry, and the long-term effects it may have on his career could be dire.

Of course, this really has nothing to do with 'We Were Soldiers,' but just as the wattage of an A-list star can increase our interest in seeing a film, it also inextricably links the movie to said star's offscreen baggage. Fair or unfair, Mel's bigger-than-life onscreen persona will now forever be fused with his recent offscreen antics. Which certainly doesn't help the otherwise earnest, patriotic and morally rigid 'We Were Soldiers' earn any points in hindsight -- here's a film that in part parallels America's involvement in Vietnam with the equal rights battles being played out back home, and now its lead star has been branded an anti-Semite?

Okay, okay... I know I'm supposed to be "objective" here. So I'll do my best to review 'We Were Soldiers' in a vacuum, as if Mel's recent troubles never happened. (Although if you can resist snickering whenever Gibson's character moralizes about equal rights and the "glories of diversity," you're a better person than me.)

Based on the acclaimed "We Were Soldiers Once... and Young" by Harold G. Moore, 'We Were Soldiers' depicts the bloody conflict that would come to be known as The Battle of the Valley of Death, named for a small landing zone in Vietnam. Gibson stars as Lt. Colonel Hal Moore, who must lead a battalion of 400 ethnically and culturally diverse young soldiers -- fathers, husbands, brothers, and sons, all troopers from an elite American combat division -- in an attack against what would eventually total 4,000 North Vietnamese soldiers. The ensuing massacre last 56 hours and remains one of the most savage in U.S. history. 'We Were Soldiers' attempts to pay tribute to the nobility of those men under fire, their common acts of uncommon valor, loyalty to their country, and love for those they left behind back home.

I wrote in my previous review of 'Jarhead' that there are generally two types of American war movies -- those that attempt to confront, deconstruct or challenge our most-cherished beliefs about what war means, and those that pay tribute to the heroism, courage and nobility of the men and women who have served and died for our country. I suppose I could also draw other lines between the two types -- liberal/conservative, blue state/red state -- but I won't even go there. (And like Kinsey's scale of sexuality, of course there are war movies that fall all over the spectrum.) Rather, I'll just say that 'We Were Soldiers' doesn't really cover any new ground either way. It is as heartfelt, well-meaning and as brutal as any modern war movie, yet doesn't seem to have much of a point of view other than that soldiers are heroes, their families suffered greatly back home, and despite war being hell, it is nevertheless a noble, necessary enterprise to maintain democracy.

Depending on where you sit politically, those could be ideals worth dying for or very troubling moral quagmires. Despite my own more left-leaning sensibilities, I was actually not "offended" by 'We Were Soldiers' so much as bored because it didn't aspire to be anything more than average. After such genre-redefining landmarks as 'Saving Private Ryan,' 'Platoon,' 'Apocalypse Now' and 'The Deer Hunter,' any war film had better have something new to say or be dismissed as irrelevant. I know that probably sounds like a terrible thing to say about a film as earnest as 'We Were Soldiers,' but it is hard to find much to applaud in a film that offers so little we haven't seen before. 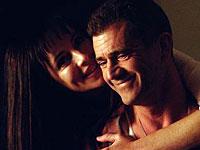 Perhaps most disappointing is that the film's characters are all caricatures. The expositional drama of the soldiers' home lives is reduced to little more than a few short scenes of domestic bliss before the inevitable carnage begins. We learn little about Moore other than that he is a near-saint who is always ready with a noble platitude when needed, nor are any of his charges fleshed out in great detail (which is too bad, as there are some fine actors here including Greg Kinnear, Chris Klein, Dylan Baker and Clark Gregg, all wasted). Even when the film eventually returns to the soldier's suffering wives back home, the device feels manipulative and conventional, and sheds little light on what the men are going through during battle. It's just too predictable to be genuinely affecting.

The film's war scenes, too, are formulaic. Though certainly as visceral and bloody as any ever seen on the big screen, there just isn't any underlying story thread to hang them. They even start to feel pornographic after awhile, with the bloodshed rubbed in our faces to such a degree that it stops underlining the sacrifices and heroism of the soldiers and instead becomes exploitative. Unlike, say, 'Saving Private Ryan,' where the battle scenes were much better integrated into the film's narrative and propelled the story forward instead of stopping it dead cold. Add to the mix a rah-rah score that telegraphs every emotion, and I started to feel badgered by all the emotional button-pushing. 'We Were Soldiers' has all the subtlety of a sledgehammer.

Ultimately, maybe my expectations were just misplaced for 'We Were Soldiers.' I like to be challenged by movies, and to see something I haven't seen before, especially with a genre film. I don't even care if a film is made with a sensibility 180-degrees opposite of my own beliefs. But there is nothing more dispiriting than a film that takes subject matter as important as this and manages to turn it into such an inoffensive, bland, unmemorable experience. For me, 'We Were Soldiers' was just far too routine.

'We Were Soldiers' in presented in its original 2.35:1 theatrical aspect ratio and encoded at 1080p, and it's another fine effort from Paramount. It is also a film with a somewhat incongruent visual style -- impeccably mounted and extremely polished, yet slightly gritty with a thin veneer of grain adding a little bit of "realism" to the proceedings. The result is that many portions of the film look fabulous, while some look a bit softer and dirtier than others.

However, this is no 'Saving Private Ryan,' with its bleached-out colors and distressed film stock. Overall, the source print used for 'We Were Soldiers' looks great, with solid blacks and terrific contrast. Colors are very well saturated, with the sunny exterior scenes flush with rich oranges, reds and greens and nighttime sequences boasting deep blues and purples. Also impressive is the lack of noise or pixelization, which gives 'We Were Soldiers' a very smooth and clean look. However, in some cases this transfer suffered from a softer-looking image than I'm used to on HD DVD. The non-combat sequences especially lack depth -- I was worried at first that I was watching a standard DVD, not high-def. But all of the Vietnam scenes look pretty darn great, with a nice sense of detail and strong shadow delineation even in the darkest scenes. If you can get past the spotty non-Vietnam sequences, 'We Were Soldiers' on HD DVD delivers a considerable upgrade over any other video version.

As good as transfer is, the audio is even better. 'We Were Soldiers' simply cranks, with the kind of immersive sound design you'd expect from a war film with such visceral battle scenes. (Note that while the disc's packaging and menu shows a Dolby Digital-Plus EX Surround track, it only came through as Dolby Digital-Plus on my receiver. A DTS 5.1 surround option is also provided, though I didn't find it quite as effective as the Dolby Digital-Plus mix.)

Bested perhaps only by 'Saving Private Ryan' and 'Black Hawk Down,' 'We Were Soldiers' delivers some of the loudest and most aggressive surround action I've ever heard. Gunfire and explosions circle the entire 360-degree soundfield and imaging is often stunning. There were moments I wanted to crouch underneath my couch, the sense of presence and depth was so striking. Dynamic range is also reference-quality, with even the most subtle discrete sound effects feeling absolutely real. Just as stunning is the .1 LFE, which delivers intense vibrations that can move furniture if you play it loud enough. (Well, at least my couch pillows were quivering!) And I was also impressed by how well-balanced dialogue is amid such a bombastic soundtrack -- I expected plenty of volume-adjusting throughout, but even quiet scenes were always discernible. This is superb stuff, no doubt.

Paramount has ported over all the extras from the standard DVD release of 'We Were Soldiers,' but they weren't all that thrilling the first time out. Still, it is a nice package of goodies, especially the making-of featurette which is the stand-out of the bunch.

First, though, there is a screen-specific audio commentary with director Randall Wallace. Unfortunately, though he's engaging and informative for about the first half of the film, he eventually starts to drift off into silence during hour two. Much of the track finds him other simply rephrasing what is on the screen, or watching the movie along with us. That aside, he shares some good production antecedents and has fond words for his cast, plus some intriguing insight into what characters and situations had to be removed or altered from the source book. Overall, a pretty good track, if a bit too boring in the end.

Next up is the 29-minute "Getting it Right: Behind the Scenes of 'We Were Soldiers.'" This is an above-average EPK featurette, and includes plenty of making-of material and on-set interviews with Wallace, Mel Gibson and assorted cast members. But the real boon are the interviews with Lt. Hal Moore, as well as many of the real-life wives depicted in the film. They offer genuine and poignant commentary on the movie's intended realism, and I only wished this was longer. And while the quality of some of this material is spotty (especially Gibson's poorly-recorded interview) the strength of the story shines through.

The last of the major extras is a collection of 10 Deleted Scenes. All are presented in fairly rough 480i video, and include optional commentary with Wallace. But the scenes offer an interesting angle on the film's somewhat split personality -- I felt that the story of the wives sometimes felt at odds in the movie with the Vietnam sequences, and nearly all of the cut material involves the soldiers. It would be interesting to see a longer cut of the movie with most of these scenes reinserted, as it might have gone a long way towards fleshing out some of the movie's wafer-thin characters.

Rounding out the package is the film's theatrical trailer presented in full 1080p video.

I can't say I was particularly a big fan of 'We Were Soldiers.' I felt it offered little new to the war genre, and pales in comparison to such seminal films as 'Saving Private Ryan,' 'Apocalypse Now' and 'The Deer Hunter.' On a purely technical level however, this HD DVDis a very fine effort, with a solid transfer, excellent soundtrack and a decent package of extras. If you're a fan of the film this is definitely worth considering for purchase.