Overview - Citizens of a small town, under the influence of a man in the midst of a mid-life crisis (Bridges), come together to make an adult film.
OVERALL
Give it a Rent

Considering the fact that porn is a multibillion-dollar-a-year industry in the United States alone, it's surprising that Hollywood hasn't exploited the topic more often. Aside from 1997's 'Boogie Nights,' you'd be hard-pressed to find a major film in recent memory that takes on the adult industry as more than mere fodder for cheap jokes, which is why I had high hopes for 'The Amateurs,' a barely-seen comedy about a group of small town losers who decide to make a low-budget nudie. Unfortunately, the movie, while sweet in its vulgarity, ultimately misses the mark with an uneven comedic tone and a narrative inertia that ultimately leads nowhere.

Written and directed by first-timer Michael Traeger, 'The Amateurs' (also known as 'The Moguls' in early festival showings and in overseas release) plays more like an underdog sports comedy than the next 'Boogie Nights.' Jeff Bridges stars as Andy Sargentee, a guy who has never amounted to much of anything in life -- a fact all too clear to his wife Thelma (Jeanne Tripplehorn), who is about to leave him, taking their young son (Alex D. Linz) with her. Suddenly, in a rather odd ploy to prove his worth, Andy hits on an ingenious idea -- in this day of mega-selling homemade porn tapes by the likes of Paris Hilton, why not shoot a small-town version, and make millions?

After pitching the concept to his pals, Andy enlists a strangely-named crew of oddballs and misfits, including “Some Idiot (Joe Pantoliano), who takes on writing and directing duties, and Barney (Tim Blake Nelson) and Otis (William Fichtner), who seem to be on board only for the purpose of ogling the comely female stars. Also roped into the scheme are the local drunk, Helen (Glenne Headley), a young video store clerk, Emmett (Patrick Fugit), and in one of the script's most cliched conceits, the town's lone gay man, Moose (Ted Danson!) who is put in charge of wooing potential starlets thanks to his fine grasp of fashion and pop culture.

It might sound ridiculous, but 'The Amateurs' is, dare I say it, Capra-esque. Far from the ribald comedy you might expect given the subject matter, there is little overt skin on display, precious few truly crude jokes, and only a smattering of foul language. Instead, Traeger pumps up the sweetness, and attempts to paint Andy and his band of goofballs as nothing more than well-meaning (if lame-brained) underachievers, just putting on a smutty variety show to achieve some local notoriety. The story makes for some fine, even amusing moments, but there seems to be little bite to Traeger's scattershot satire.

The actors all display surprising gusto for such thin material. Danson has some fine moments (particularly his inspired bit upon seeing the first day’s naughty dailies). Fichtner and the underrated Pantoliano (in his best role since "Guido the Killer Pimp" in 'Risky Business') both nail the horny desperation of the average male, who will stop at nothing to get a glimpse at a little skin. Then there is Bridges, who is always terrific, and here manages to find enough humanity in Andy that we can still see a glimmer of promise in a man we'd normally write off in the first five minutes.

Alas, Traeger's plot gives the impressive ensemble little to do but react to mildly amusing set-ups and sight gags. Desperate to be the small-town porn answer to a Judd Apatow comedy, 'The Amateurs' throws in a lot of quirky character humor, which initially distracts us from the meandering narrative, but ultimately, the emperor has no clothes (literally), and there is no meat to this story. While a truly virtuoso director like Paul Thomas Anderson can dazzle us with enough technique (as he did in 'Boogie Nights') that any story limitations are moot, Traeger doesn't have such chops, nor are his jokes funny enough to overcompensate for the rest of his film's narrative deficiencies. The film is a cute and well-meaning comedy, but damn near pointless.

Still, I teeter on the brink of sorta-kinda recommending 'The Amateurs.' The film's brisk 98-minute pace did keep me watching, and Bridges and the rest of the cast were able to get me invested just enough in Andy's crazy venture that I wanted to see how it all turned out. 'The Amateurs' never does resolve its conflict to any truly satisfactory degree, but it’s still a pleasant enough diversion that you might find it worth a rental. If you're ever stuck on a rainy Sunday afternoon with nothing to do (and you've run out of internet porn to download), 'The Amateurs' is just the ticket. 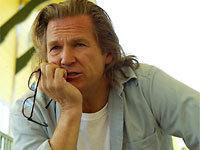 'The Amateurs' comes to HD DVD in a 1080p/VC-1 transfer (identical to the Blu-ray version), framed at the intended theatrical aspect ratio of 1.85:1. The film does not totally overcome its low-budget origins, and this is a decent if far from exceptional high-def presentation.

The film has been sitting on the shelf for about three years now, and at times it looks it. There are more blemishes and occasional speckles than I would have expected, though overall grain is not excessive (at least the spotty look supports the "porno" subject matter). Colors are fairly well saturated but hardly eye-popping, and fleshtones sometimes look a bit pale. Visible detail is likewise average, even for a visually flat "people" picture like this. It was rare that I thought I was watching a truly dimensional, high-def presentation. As for this VC-1 encode, it is fairly smooth, though I did notice some posterization and the sporadic motion artifact. 'The Amateurs' is always watchable, but that's probably the biggest compliment I can pay this transfer.

First Look has eschewed high-res audio on all of its high-def releases so far, and the company doesn't change its tune with 'The Amateurs.' Options provided are standard DTS 5.1 Surround (768kbps), Dolby Digital 5.1 Surround (480kbps) and Dolby Digital 2.0 Stereo (192kbps) audio tracks, plus subtitles in English (SDH) and French. The results are unremarkable, and 'The Amateurs' is a talky, front-heavy presentation.

Surrounds enjoy barely any activity. There is very minor atmosphere and a hint of score dispersion, but that's about it. Stereo separation is also unmemorable, with little oomph to the front soundstage. Dynamic range is fine given the low-budget nature of the production, with clean source elements and a pleasant quality throughout. However, don't expect your subwoofer to get much action, nor is there much punch to the dialogue. I could always understand the actors, but I was certainly never impressed by this mix. Pretty drab stuff. 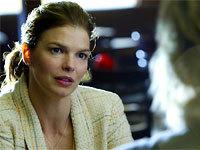 First Look has created a nice little batch of extras for 'The Amateurs,' so fans of the film should be pleased. (Video quality is only fair, however, with all of the material presented in 480i/MPEG-2 video only. There are no subtitles provided.)

Sale Price 15
Buy Now
3rd Party 15
In Stock.
See what people are saying about this story or others
See Comments in Forum
Previous Next
Pre-Orders
Tomorrow's latest releases